(Interior art added to the book in this update, there will likely be no further updates.)

Tales from the Junior Ganymede is an experiment in making an RPG based around the mechanic of the trick taking card game, such as Euchre, Spades or Hearts.

The players take up the playbooks for the young and idly rich heirs of an upper class English family, such as you might find in the Wooster & Jeeves novels, or television shows such as Upstairs/Downstairs. They then match wits against the Matriarch of their family, attempting to dodge the family responsibilities that they are so poorly equipped to handle.

(This game was created as an entry for the 2020 RefractionTTRPG Jam, stage 2)

The rules are a little vague, and I'm pretty sure we didn't play it quite right, but it was still one of the most fun games I've played this year! The role-playing aspect is tremendously fun.

I apologize for the vagueness, I wrote it on a lark, and barely had a chance to test it.

If you have any questions, I'd be happy to answer them and incorporate them in an update. Having been playing a lot of trick taking games lately, this was just on my mind again!

My friends and I played this as part of a table-top book club, and we're having a post-game discussion about it next week! I'll try to take some notes and let you know what was confusing.

off the top of my head:

1. The chip system isn't very clear; there don't seem to be a lot of ways to get them, and I don't know if we *must* spend them on the next trick we play, or if we have to use them to get the bonuses afforded to our characters' suits? Do we still get those bonuses if we don't have any physical chips present? The rules on page 09 aren't very clear on it.

2. Do we get access to all of our abilities right off the bat, or do we have to spend points gained from sessions to purchase them?

3. The gameplay loop is a little vague; I understand that a trick is a little bit equivalent to a skill challenge in D&D, and seems to be the same thing as an action, but avoidances (and distresses (and composure)) are a little confusing. [Actually, re-reading the composure rules, it's a little clearer - throwing in means we lose a point of composure!]

4. Speaking of the gameplay loop, I think we mostly figured out the micro-loop, but the macro-loop is a little confusing. This game seems that it's mostly players-vs-matriarch, but it's not very clear if we're meant to be avoiding the thing the matriarch wants (e.g., she wants us to impress a lord; i'm guessing we're trying hard to _avoid_ impressing the lord, while staying within the bounds of what polite society expects, so we can't just throw bagels at him during dinner), but it also seems like it's player-vs-player because we want to take tricks ourselves so we can sort-of level up as sessions go on.  I'm guessing the players goals is to foil the matriarch's attempts so completely that she can't reach the fait accompli, while she attempts to reach that?

5. Minor kvetch, we talk about losing composure, but we mark it by coloring in a little spot, which feels like gaining something.

6. I'm not sure when there's ever any mechanical advantage to playing the joker; it's _great_ for roleplay to have someone come out of the woodwork and make things more awkward, but mechanically it seems weird.

Wow, that was a lot! I know it sounds like I'm complaining a lot, but this is a really great game, and if you were working on a 2.0 update to the rules, I'd love to help get them a bit more streamlined in any way I could!

This week has been a bit busier than anticipated, but here's my best shot.

1.) The chips are supposed to be a rarity, you may squirrel them away for as long as you like and for as broken of a play as you can imagine. A Wodehousian story should have a sense of gay abandon after all.

You ALWAYS get the bonuses to your character's suits, they're a bit like the stats in a Powered by the Apocalypse game, if you've ever played one of those.

2.)Ack! I apologize for being unclear on that. Pick two abilities as you need them, but you may not have more than two, unless you somehow invent a campaign version of this.

3.) The loop is vague because every group might have it's own sense of timing, but tricks put a hard limit on actions. If there is any confusion, the Matriarch may simply announce that a trick will or will not happen.

4.) The game is indeed players vs. the Matriarch, but only in the most gentle of ways. You are her heirs after all, even if she doesn't care for you, she must keep up the side. Otherwise you've got it. The matriarch is best played from the perspective that the players are wayward children and idiots who must be led to gainful roles in the family structure. The players are best thought of as wanting to avoid anything other than immediate enjoyment.

5.) That's a good point, perhaps we could call it "enfrazzlement" or some such?

6.) That's a fine point, I wonder if perhaps Jeeves could be rotating role for the players, and allow themselves into the story. It would be fun for everyone to be the deus ex machina.

This is exciting to revisit! I'd let this one fall off my radar, but you are asking good design questions, and I do love trick taking games as a possibility in the RPG space. I'll try to get back to this one in 2022!

Just as an interested third party, I think perhaps you misunderstood the 6th point made (although the idea of having a player as Jeeves would make for a lot of fun too!). As far as I understood it, it seems they were saying that the method in which the Troublesome Guest is introduced is a little strange, as it comes down to player choice to introduce them, but then... why would a player ever choose to do that (expect for strictly role playing reasons). Perhaps a rule might be introduced whereby a player is forced to play a joker the first time they cannot follow suit (or perhaps the second time they cannot follow suit)...

Oh dear, I had knocked this together so fast, did I forget to put a mechanical reward for guests in there? There should be chip at the minimum.

This is a really beautifully presented and well-written game, highly evocative of the genre. It looks mechanically innovative and well-designed as well. A triumph!

Thank you for the kind words! 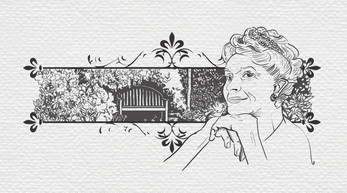 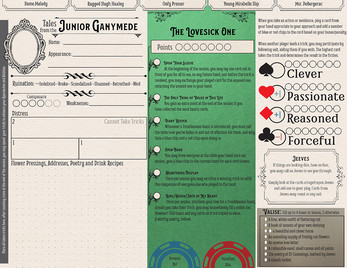 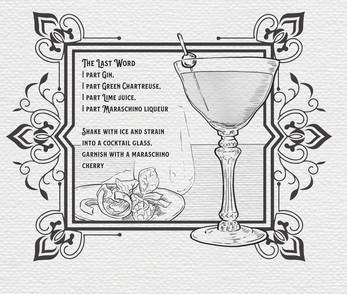 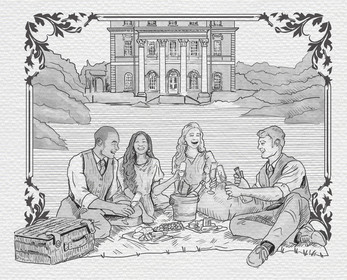 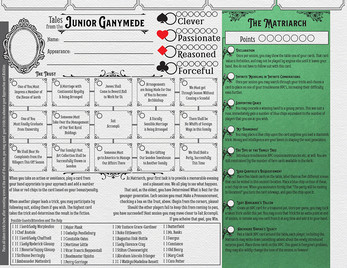 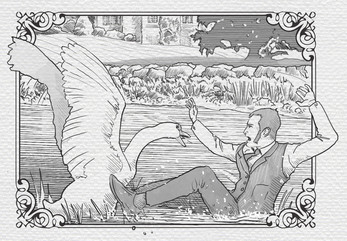